Dancers’ Pictures and Where to Find them: Researching the early iconography of the dance 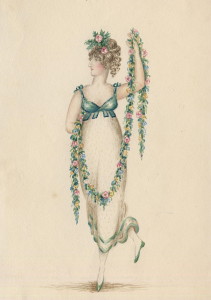 Today we live in a world surrounded by images in books, magazines, advertisements, in cinema, and television. For those interested in dance, images of dancers abound, but as we look to the past – beyond the development of photography in the middle of the nineteenth century and lithography at its beginning – these images of dancers become increasingly rare. Who made them? And why? And more importantly, where are they hiding?

Keith Cavers trained in Stage Management at RADA but became interested in images of the dance whilst working at the Royal Opera with John Gill, on ‘The Romantic Ballet’ Exhibition at the Royal Festival Hall in 1985. Keith took a BA Hons. in The History of Drawing and Printmaking at Camberwell in 1989 and taught there from 1990-2010. He was an Information Officer at the National Gallery for 12 years, and now works independently as a consulting iconographer. In 1994 he began to catalogue dance prints of the London Theatre in D’Egville’s era and was awarded a Harvard Visiting Research Fellowship – twenty years later he has amassed a fully illustrated union catalogue of 400 images of dancers made between 1670 and 1837.

For more information or to reserve a free place, please contact

PERCEPTION AND RECEPTION OF EARLY DANCE

Perception and reception are intimately related. We can know, or guess at, the participants’ intentions at the time of creation, and the work’s reception by various audiences. However, both perception and reception of a dance or a dance style will differ over time. This conference aims to explore these aspects of early dance including how it is perceived/received today.